Spiny Crawler Mayflies
This common and widespread group includes roughly 80 North American species in 9 genera. Larvae can be readily identified, as this is the only mayfly group with gills absent on abdominal segment 2. They tend to be found in lotic-erosional or depositional habitats, often among the rooted aquatic plants, moss, root masses, or woody debris. They usually are poor swimmers, swimming with a floppy motion, and instead sprawl or cling to the plants or other substrates in their habitat. The family has a variety of feeding strategies, differing among species, including collector-gatherers, scrapers, some shredders of detritus or algae, and even one predator. When a larva is disturbed it sometimes raises its tail over its head like a scorpion, possibly as an adaptation to fend off predators; however, they cannot sting. After emergence, adults sometimes swarm atypically high, even above tree tops. This group is one of the most important for the fly-fishing community, with at least 30 different species being used as models for tied flies.
Characteristics
POLLUTION TOLERANCE
Mid-Atlantic: up to 4
Upper Midwest: 1 - 5
Midwest: 1.2 - 2.9
Southeast: 0.1 - 5.4
0 = least tolerant, 10 = most tolerant
FEEDING HABITS
Collector / Gatherer
Scraper / Grazer
Shredder / Detritivore
Shredder / Herbivore

Segment 2 Without Gills
+ Expanded Character List
Order: Wings developing in wing pads. Mouthparts suitable for chewing. Gills present on tops and sides of abdomen. Segmented legs present. One tarsal claw per leg. Usually with 3 tails (sometimes 2).
Family: Gills on abdominal segment 1 rudimentary or absent. Abdominal segment 2 without gills. Gills on abdominal segments 3 (if present) and 4–7 have two layers: a top layer that is oval and plate-like and a bottom layer that is multi-lobed; in preserved specimens these gills lying in paired dorsal depressions and camouflaged, not readily seen by novices. Abdominal terga often with paired tubercles. Mature larvae 5–15 mm long, not including tails.
Media 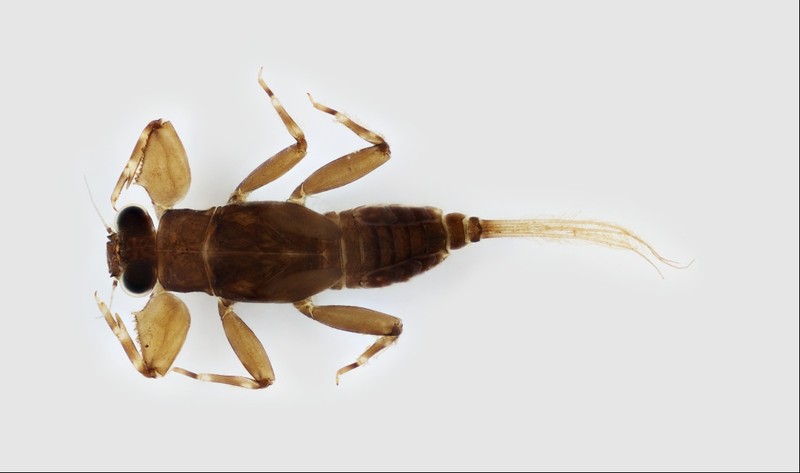 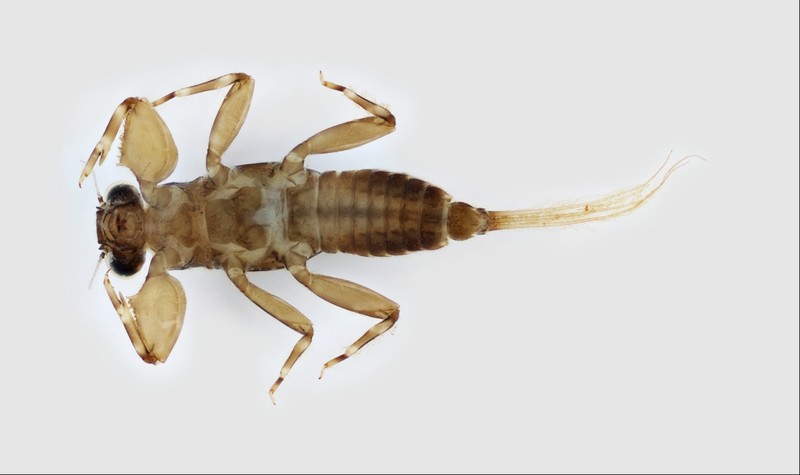 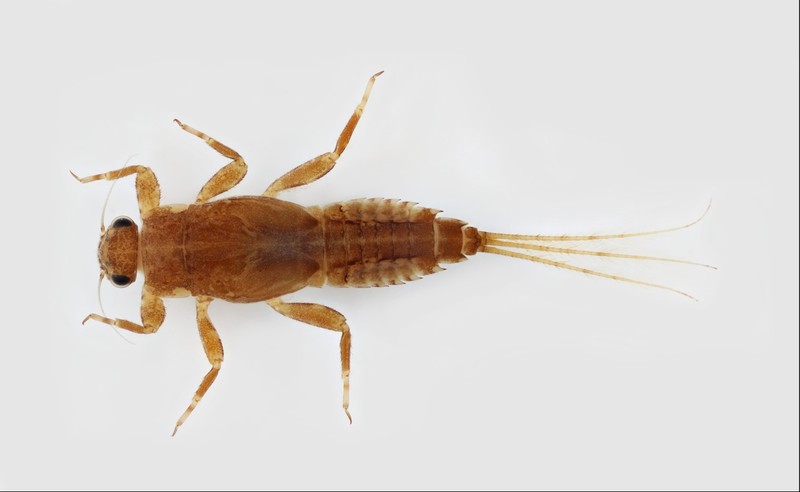 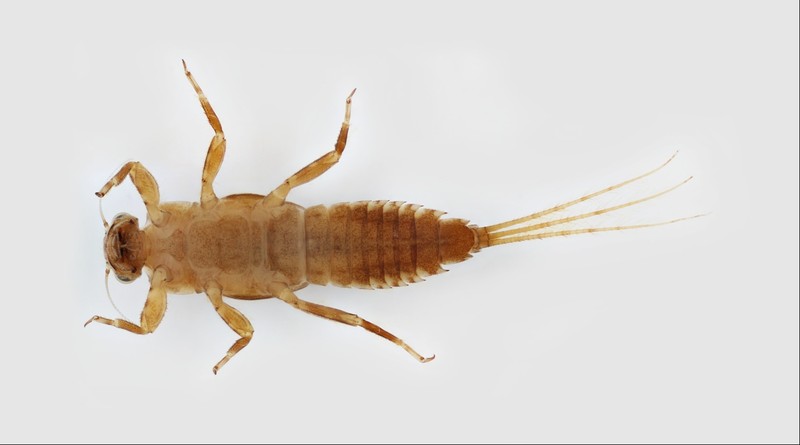 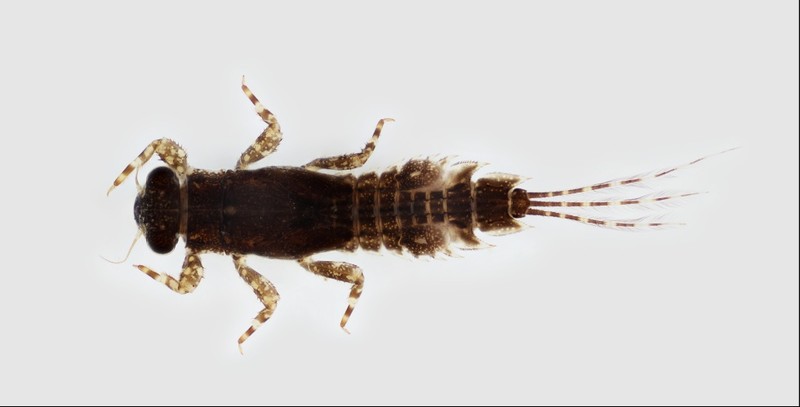 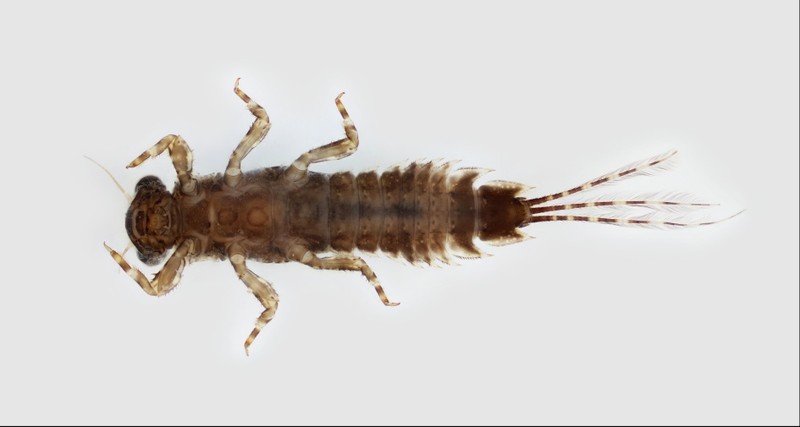 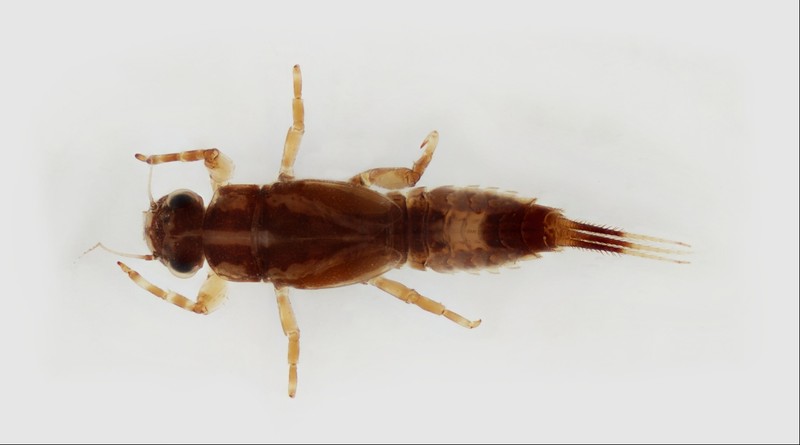 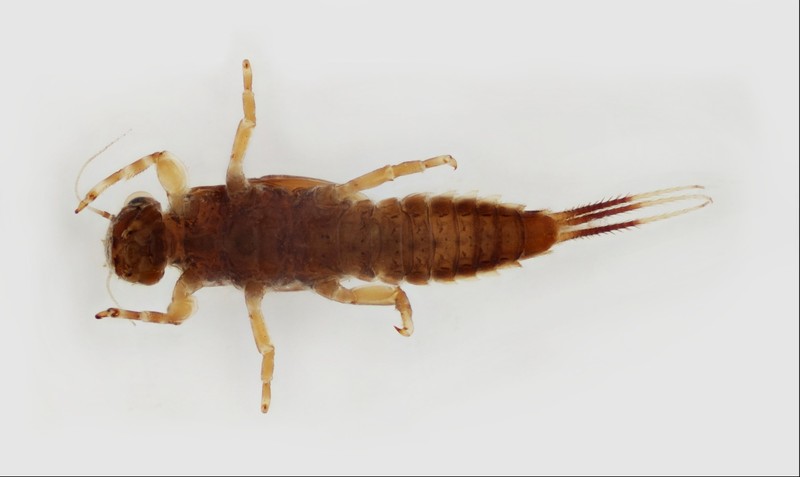